Tales from Other Times- Dunraven Castle 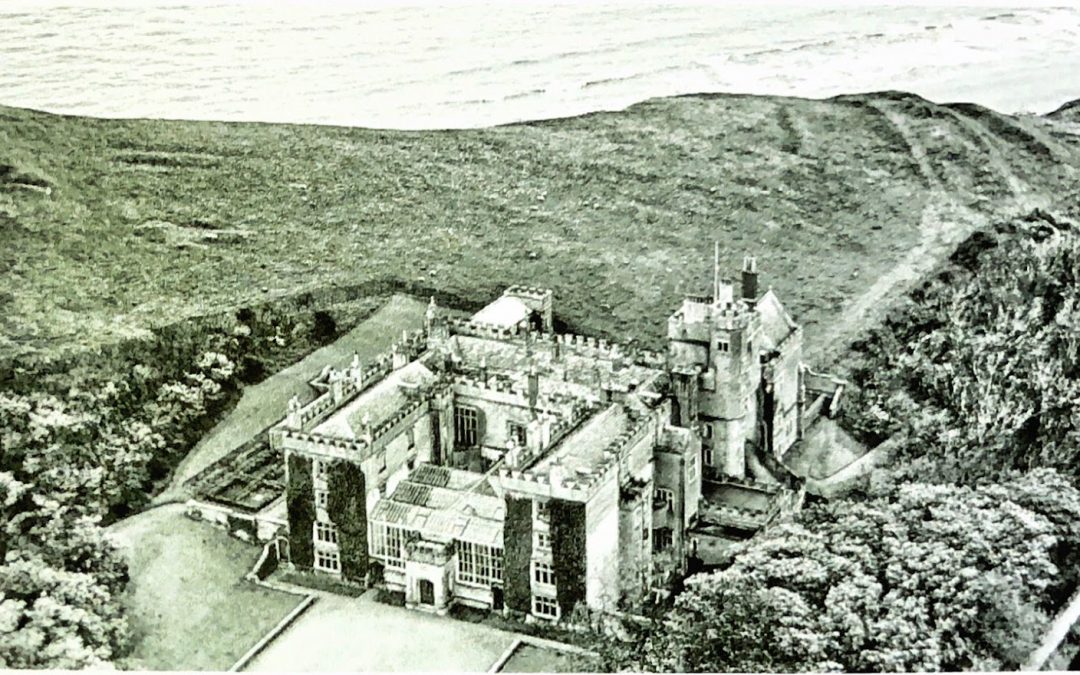 Wales is a land of myth, poem and song. Mountains like a dragon’s back, sweeping coastlines and dramatic cliffs. Castles built long ago, outliving their past fairytales and ruins harbouring secrets and ghosts. There are plenty to roam around as you wish.

Dunraven Castle once stood majestically on the promontory overlooking Dunraven Bay, a mansion occupying the site of an Iron Age Fort. It was occupied and extensively built upon by a succession of familes until its destruction in 1963. During its time it was used as a convalescent hospital in both World Wars, and a hostel and guesthouse.

Little remains of the former castle today, but take the path up from theLodge and over the stream towards Witches Point. You’ll find some information boards, old steps and paving and a surviving intact arch that is popular for local photographers as a location shoot. It is a pleasant amble up the hill on the grassy sheep paths, explore the walled gardens and the Ice Tower further below or make it into a loop track walking through the woods to the viewpoint over Temple Bay and the sweep of cliffs and waterfall towards Monknash.

One of the boards by the picnic benches next to the car park tells tales of shipwreckers and the ghost of the Blue Lady, who is said to haunt the castle. As ghosts go, she’s benign – leaving the scent of her mimosa perfume.

Walking north of the castle and the walled garden you will find the old Gatehouse romantically covered in vines and brambles. Often there are grazing cattle and sheep from Slade Farm, give them some space as you pass and you will find a great photo opportunities.